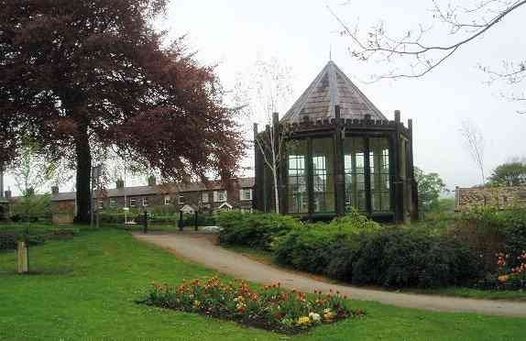 _
The Round House, situated at the northerly end of Grange Park, is the only part remaining of a large Victorian glass house which belonged to the Grange Estate.

Since 1974 it has been owned by Bradford Council, and since 1980 has been used as a meeting place but at one point during the 1980s it became so run down that the Council decided it should be demolished. However a vigorous campaign by Burley Community Council succeeded in 1992 when Bradford Council agreed that BCC could become tenants of the property, thus securing its future use for the village.

The Round House is still used as a meeting place by the villagers, and is also used regularly for meetings by local community groups and is the centre point of the annual switching–on ceremony for the Burley Christmas Lights.